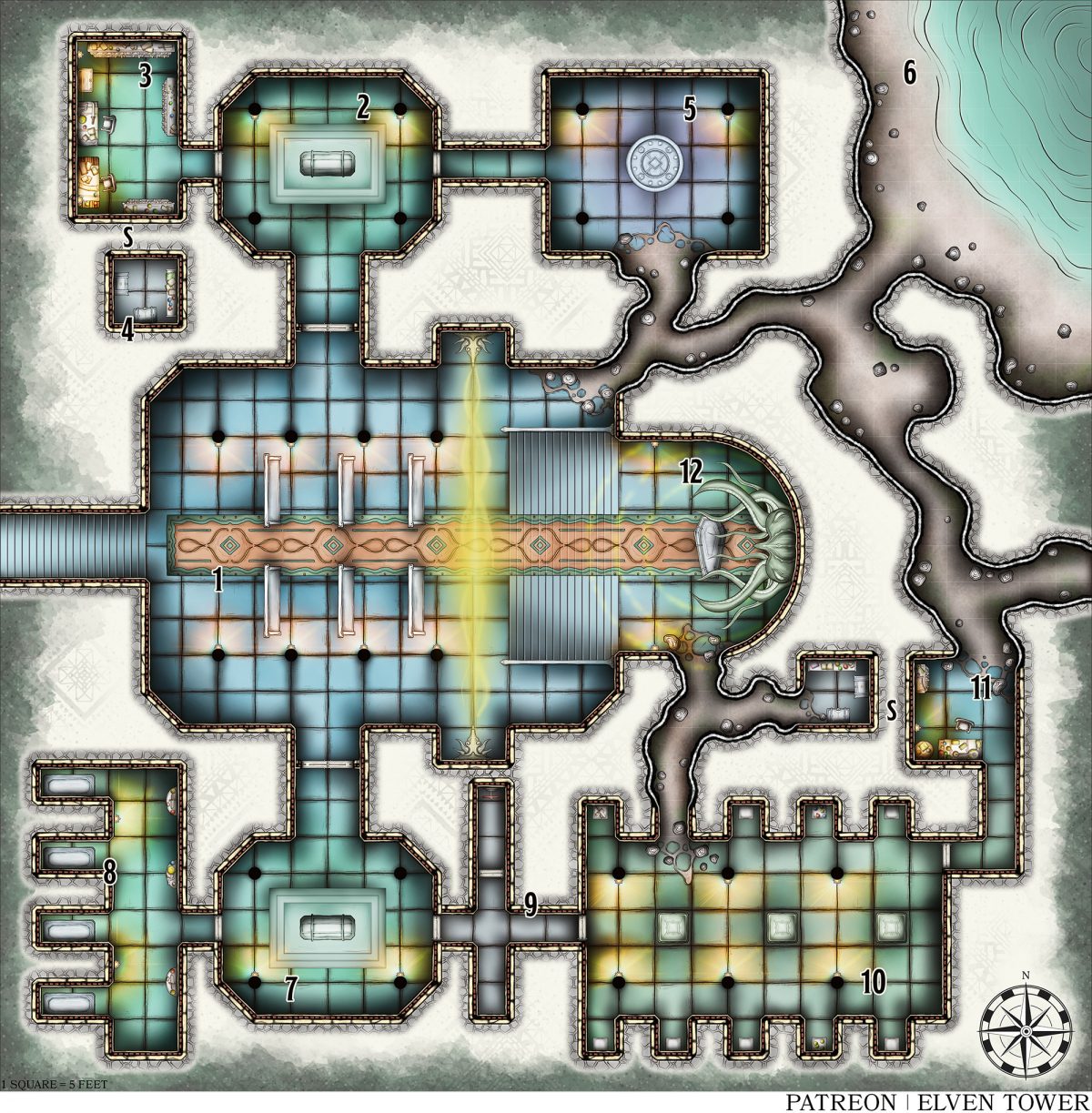 Penitent ones in silence! Allow your brethren souls to leave this place and rest at last! Sir Donovan Garte

The greatest charitable organization in the kingdom is by far the Church of Ascension. Countless holy warriors, clerics, priests, and paladins have devoted their lives to the Church of Ascension to achieve the ultimate sign of recognition: to be officially declared a saint. Only a formidable few have been recognized as such. But such is the way of life. Not everyone can succeed.

The Church of Ascension counts thousands of followers in the kingdom, with churches in most cities and even smaller settlements. People are drawn to the church by the promise of eternal salvation after a lifetime of work.

The Church of Ascension hides a dark secret. Every altar depicts a blinding light that symbolizes the ascension of the soul. But behind it, the silhouette of a dark entity hides. Only the highest ranks of the church are privy to this secret. They call it the Old One. A strange entity behind everything the church does. It whispers orders into the high-priests’ ears and oversees the faith’s growth. The commonfolk must not learn of this. It would shake their faith to the core. A place where the Old One has much influence is the Crypt of the Penitents.

The Crypt of Atonement

Those who fail in the Church of Ascension’s service are interred in a crypt near the city’s capital. Their souls are supposed to ponder their failures for a time, to seek atonement. But in reality, an altar to the Old One holds the penitents’ souls captive. The high-priests use this receptacle as an energy source for foul rituals. The undying servants of the faith buried there have come to realize the fraud of devoting their lives to the false faith.

The Penitents in Silence

Some undead penitents have sworn a vow of silence as a form of penance until the Church of Ascension has been destroyed. Filled with hate, these penitents have made incursions into the capital to murder people faithful to the church. They attack swiftly before returning to the Crypt of the Penitents. Even when destroyed, the guards claim they keep returning in large numbers.

The undead warriors have caused enough deaths that the city offers a bounty of 3,000 gp to whoever manages to deal with the abominate souls within the crypt. The Church of Ascension claims that the undead must be the creation of a nefarious necromancer in the crypts. They deny any involvement with the current situation.

Sir Donovan Garte (wight) was a gallant and brave warrior in life and is a mournful soul in death. He led an exemplary life as an anointed knight, a warrior of the faith. Sir Donovan never became a saint and his remains were moved to the crypt five decades ago. Since then he has understood that the Church of Ascension is a fraud and that they were all deluded. He disagrees with the approach of the penitents in silence but believes in fighting back. He has a plan to set free everyone’s souls.

Manner. Sir Donovan is in anguish and prone to stare into nothingness as if thinking. His attention span is low.

Ambition. Sir Donovan wishes to break the church’s hold on the penitents’ souls so that they can all be free.

The following features correspond to the underground Crypt of the Penitents; areas 1 through 12.

Penitents. Undead individuals within the crypt belong to one of three factions: those who took the vow of silence, those indifferent to their surroundings, and those who uphold the sanctity of the crypt and their penances.

Smells and Sounds. The place smells of damp stone, of ozone near the barrier, and decaying matter from the walking penitents. The humming sound from the barrier in area 1 can be heard throughout the dungeon.

The Arcane Barrier. The barrier in area 1 is equivalent to a wall of force spell. It can be bypassed by destroying the statues that generate it but the penitents loyal to the cause defend them. It can be turned off in area 9. The characters can bypass it from the natural cave in area 5.

1. The Church of Penitents

The staircase leads to a large, underground church nave. The raised altar is barely visible behind an iridescent magical barrier that impedes passage.

The grandiose nave is in a worrying state of disrepair after the Church of Ascension’s envoys stopped maintaining it due to the increasing number of undead within. While some of the undying holy warriors are indifferent, many have grown hateful and vindictive over time.

There are fifteen penitents in the nave when the characters arrive. All of them sit on the benches facing the arcane barrier. The undead remain still and quiet. If a character interacts with any of the undead or the barrier in any way, five penitents in silence (wights) rise from their seats and engage the characters in bloody combat. The undead fight until slain in uncanny silence. The rest of the penitents (zombies) remain seated and calm. If questioned, any of them can explain the vow of silence some of their brethren have sworn. They claim it is only a way to find a way out of their unending suffering.

A single stone sarcophagus rests on top of a three-step dais. Delicate runes are carved on the surface.

The Forgotten Knight. A friendly undead knight, Sir Donovan Garte (wight), stands by his stone sarcophagus. Sir Donovan disagrees with the penitents in silence and realizes that things can only get worse as time goes on. He explains that after being destroyed, the undead regenerate naturally after a month. Sir Donovan Garte explains the predicament of all those interred in the crypt and how the Church of Ascension fooled them all. He believes there is a way out, though. Sir Donovan claims that the souls are captive in the great altar in area 12.

Treasure. Sir Donovan’s +1 longsword is engraved with the date when he was ordained to become a saint.

3. Archive of the Penitents

A well-stocked library containing biographies of most people interred in the Crypt of the Penitents. The documents contain detailed descriptions of their deeds in life and the failure that caused them to be buried here.

Treasure. A selection of unique tomes and scrolls from the archive is worth 200 gp to a scholar or researcher. There are three divine spell scrolls as well (GM’s choice).

A perceptive individual notices the switch in area 3 that opens the way to this chamber (DC 15 Perception).

Treasure. The chests contain 200 gp and 900 sp. A selection of unique tomes with mithral bindings and covers is worth 700 gp to a scholar or researcher.

A one-foot-tall granite circle rests in the middle of the chamber. Faint yellow sparks emerge from the intricate, arcane runes carved on its top.

This is a permanent circle of teleportation. Spellcasters can copy the rune patterns in it to use with teleportation spells. In addition, conjuration spells cast while standing on the circle have their effects maximized. Three penitents in silence (wights) are here to drive off the kuo-toa scouts that come from the lake frequently enough.

The shore of an underground lake begins with fine sand. The opposite side is covered in darkness.

The lake is so large that a boat or skiff is needed to traverse it. A kuo-toa community lives in the uncharted depths. The fishmen are instinctively attracted to the great altar in area 12 but the guardians or the penitents drive them off when they approach too much. Regardless, the kuo-toa never miss the opportunity of easy prey. A pack of eight kuo-toa ambushes the characters when they come within 5 feet of the shore (DC 15 Perception). The kuo-toa use their nets to retrain the characters and pull them into the waters. They don’t fight to the death.

The chamber is identical to area 2. Sir Lambert took the vow of silence and was destroyed during the last incursion, he shall regenerate within a fortnight.

Treasure. The enclosure contains a +1 breastplate armor engraved with the Church of Ascension’s sigil.

Four stone sarcophagi await in dark alcoves by the west wall. The chamber is adorned with banners, wooden sigils, and personal trinkets on shelves.

Three out of the four penitents (wights) here have taken the vow of silence. They rise from their enclosures and fight the characters. The remaining paladin remains motionless in his stone casket, he does not care for the plights of others and even refuses to fight in self-defense.

Operating the valve lever in this corridor causes the arcane barrier in area 1 to disappear within 5 minutes. Reactivating the barrier takes a full hour of charging up.

Poison Darts Trap. Opening the door to the barrier device causes dozens of poisoned darts to fly from the south wall to the door. They hit any creature in their way and deal 4d6 poison damage (DC 16 Constitution save).

The chamber’s walls, pillars, and alcoves house countless funerary niches. The remains of hundreds of people give this place a somber aura.

Hundreds of individuals of lesser importance were buried here. They suffer in eternal damnation and overall nonrecognition for their deeds in life. The sudden movement of those sworn to silence has caused some of them to arise. Six shadows and two specters roam the chamber. They attack the living with cold-blooded hate.

The room contains a collection of embalming implements and substances. Part of the room has collapsed and connects to the underground caves. A secret switch to reach a hidden vault is in plain sight.

Treasure. The vault contains 320gp and 700 sp. There are several broken flasks of embalming substances.

12. Great Altar of the Faith

An elaborate effigy of the Church of Ascension’s Old One looms over a single, stone sarcophagi. The divine figure dulls the senses and appears to move.

The sarcophagus is a receptacle for the penitents’ souls. Opening it releases them so they can finally rest. The penitents have tried to fight the two guardians (wraiths) but have failed every time they attempt it. The high-priests of the Church of Ascension created two immortal guardians with the foul arts granted by the Old One.

Defeating the guardians and opening the sarcophagus releases all penitents’ souls from their eternal penances. Even those sworn in silence abandon their nefarious goals to reach the afterlife. They find peace at last.

Doing so stops the problem of the undead incursions and the characters can collect the 3,000 gp reward from the capital. However, this achievement conjures the ire of the Church of Ascension. The high-priests have lost a powerful and valuable receptacle with hundreds of souls. The characters know the church’s horrible secret too. Their survival is a threat to the corrupt religious organization. The high-priests shall come for them soon. 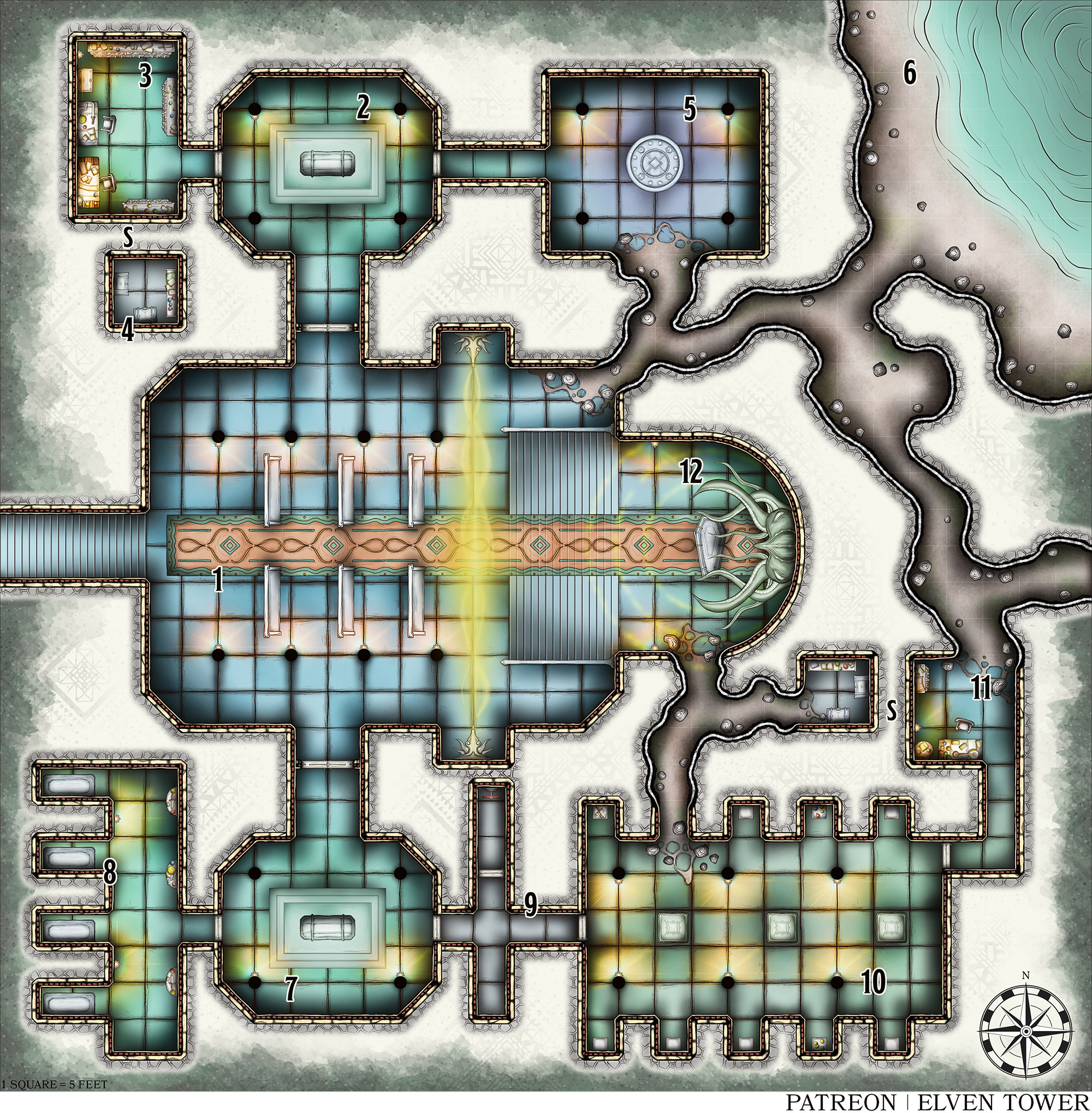