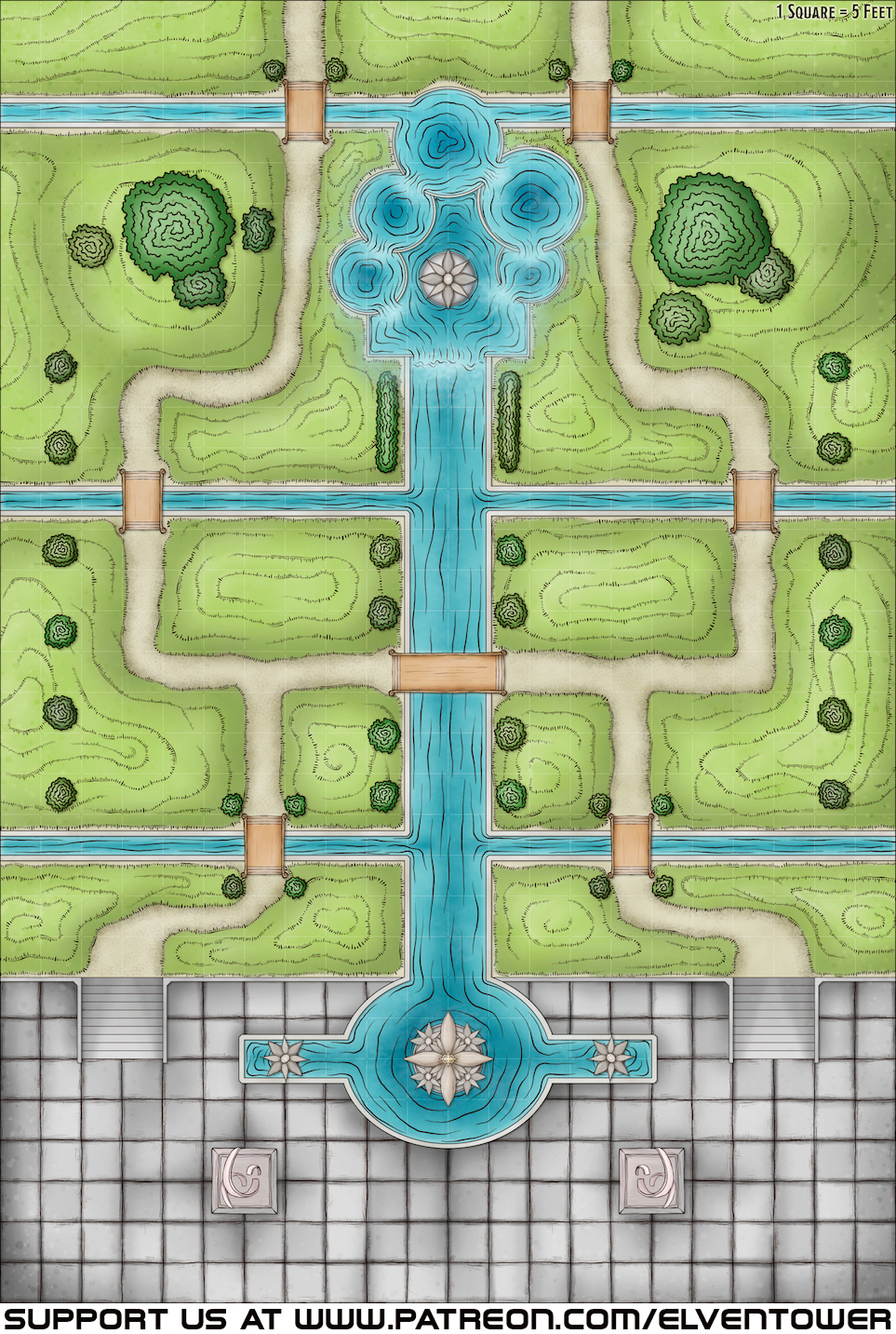 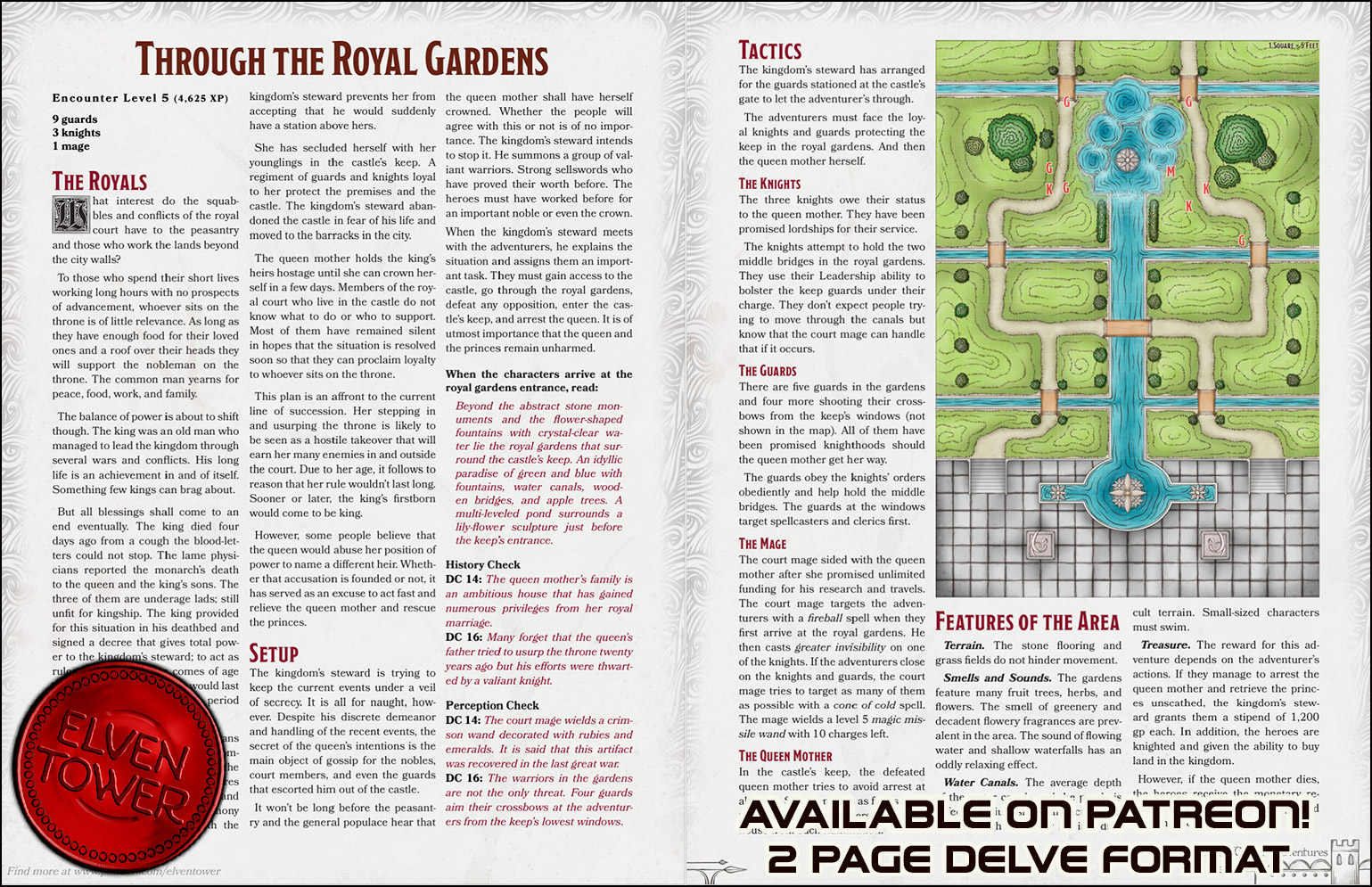 What interest do the squabbles and conflicts of the royal court have to the peasantry and those who work the lands beyond the city walls?

To those who spend their short lives working long hours with no prospects of advancement, whoever sits on the throne is of little relevance. As long as they have enough food for their loved ones and a roof over their heads they will support the nobleman on the throne. The common man yearns for peace, food, work, and family.

The balance of power is about to shift though. The king was an old man who managed to lead the kingdom through several wars and conflicts. His long life is an achievement in and of itself. Something few kings can brag about.

But all blessings shall come to an end eventually. The king died four days ago from a cough the blood-letters could not stop. The lame physicians reported the monarch’s death to the queen and the king’s sons. The three of them are underage lads; still unfit for kingship. The king provided for this situation in his deathbed and signed a decree that gives total power to the kingdom’s steward; to act as ruler until his firstborn comes of age at sixteen. The stewardship would last six years and it would mean a period of weakness for the kingdom.

The queen mother, however, plans otherwise. She is an ambitious woman who dreads loss of power and the privileges of her position. She ignores her late husband’s royal decree and plans to have a crowning ceremony for herself. An old rivalry with the kingdom’s steward prevents her from accepting that he would suddenly have a station above hers.

She has secluded herself with her younglings in the castle’s keep. A regiment of guards and knights loyal to her protect the premises and the castle. The kingdom’s steward abandoned the castle in fear of his life and moved to the barracks in the city.

The queen mother holds the king’s heirs hostage until she can crown herself in a few days. Members of the royal court who live in the castle do not know what to do or who to support. Most of them have remained silent in hopes that the situation is resolved soon so that they can proclaim loyalty to whoever sits on the throne.

This plan is an affront to the current line of succession. Her stepping in and usurping the throne is likely to be seen as a hostile takeover that will earn her many enemies in and outside the court. Due to her age, it follows to reason that her rule wouldn’t last long. Sooner or later, the king’s firstborn would come to be king.

However, some people believe that the queen would abuse her position of power to name a different heir. Whether that accusation is founded or not, it has served as an excuse to act fast and relieve the queen mother and rescue the princes.

The kingdom’s steward is trying to keep the current events under a veil of secrecy. It is all for naught, however. Despite his discrete demeanor and handling of the recent events, the secret of the queen’s intentions is the main object of gossip for the nobles, court members, and even the guards that escorted him out of the castle.

It won’t be long before the peasantry and the general populace hear that the queen mother shall have herself crowned. Whether the people will agree with this or not is of no importance. The kingdom’s steward intends to stop it. He summons a group of valiant warriors. Strong sellswords who have proved their worth before. The heroes must have worked before for an important noble or even the crown.

When the kingdom’s steward meets with the adventurers, he explains the situation and assigns them an important task. They must gain access to the castle, go through the royal gardens, defeat any opposition, enter the castle’s keep, and arrest the queen. It is of utmost importance that the queen and the princes remain unharmed.

When the characters arrive at the royal gardens entrance, read:

Beyond the abstract stone monuments and the flower-shaped fountains with crystal-clear water lie the royal gardens that surround the castle’s keep. An idyllic paradise of green and blue with fountains, water canals, wooden bridges, and apple trees. A multi-leveled pond surrounds a lily-flower sculpture just before the keep’s entrance.

DC 14: The queen mother’s family is an ambitious house that has gained numerous privileges from her royal marriage.

DC 16: Many forget that the queen’s father tried to usurp the throne twenty years ago but his efforts were thwarted by a valiant knight.

DC 14: The court mage wields a crimson wand decorated with rubies and emeralds. It is said that this artifact was recovered in the last great war.

DC 16: The warriors in the gardens are not the only threat. Four guards aim their crossbows at the adventurers from the keep’s lowest windows.

Getting past the castle’s gate is a simple task; the kingdom’s steward has arranged for the guards stationed there to let the adventurer’s through.

The adventurers must face two challenges. The first one is the loyal knights and guards protecting the keep in the royal gardens. And then the queen mother herself.

The three knights owe their status to the queen mother. They have been promised lordships for their service.

The knights attempt to hold the two middle bridges in the royal gardens. They use their Leadership ability to bolster the keep guards under their charge. They don’t expect people trying to move through the canals but know that the court mage can handle that if it occurs.

There are five guards in the gardens and four more shooting their crossbows from the keep’s windows (not shown in the map). All of them have been promised knighthoods should the queen mother get her way.

The guards obey the knights’ orders obediently and help hold the middle bridges. The guards at the windows target spellcasters and clerics first.

The court mage sided with the queen mother after she promised unlimited funding for his research and travels. The court mage targets the adventurers with a fireball spell when they first arrive at the royal gardens. He then casts greater invisibility on one of the knights. If the adventurers close on the knights and guards, the court mage tries to target as many of them as possible with a cone of cold spell. The mage wields a level 5 magic missile wand with 10 charges left.

In the castle’s keep, the defeated queen mother tries to avoid arrest at all costs. She even goes as far as to attempt suicide to save herself and her house from such humiliation.

Terrain. The stone flooring and grass fields do not hinder movement.

Smells and Sounds. The gardens feature many fruit trees, herbs, and flowers. The smell of greenery and decadent flowery fragrances are prevalent in the area. The sound of flowing water and shallow waterfalls has an oddly relaxing effect.

Treasure. The reward for this adventure depends on the adventurer’s actions. If they manage to arrest the queen mother and retrieve the princes unscathed, the kingdom’s steward grants them a stipend of 1,200 gp each. In addition, the heroes are knighted and given the ability to buy land in the kingdom. However, if the queen mother dies, the heroes receive the monetary reward but are otherwise disregarded after the fact.