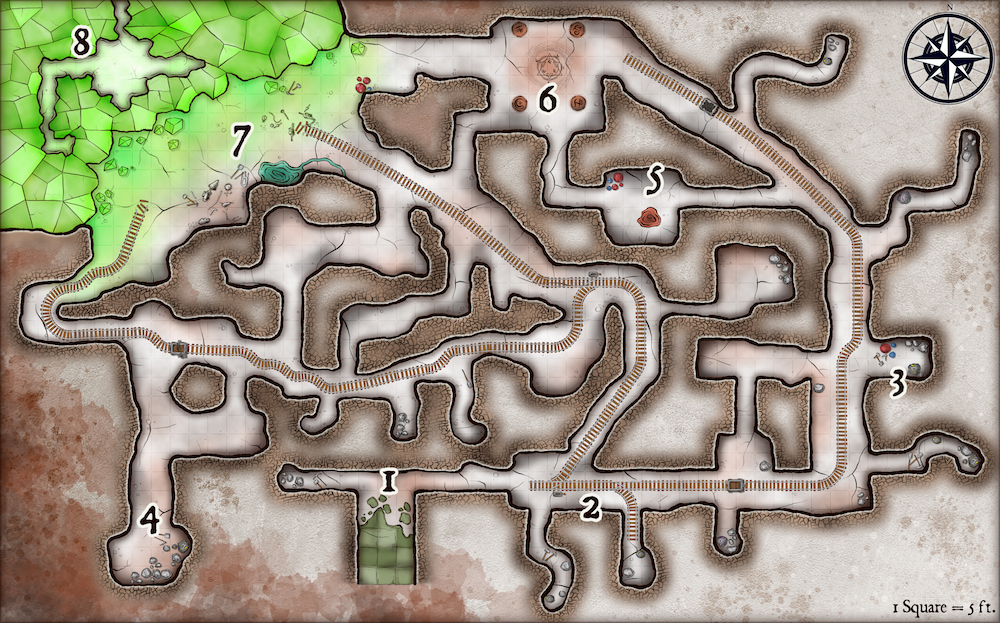 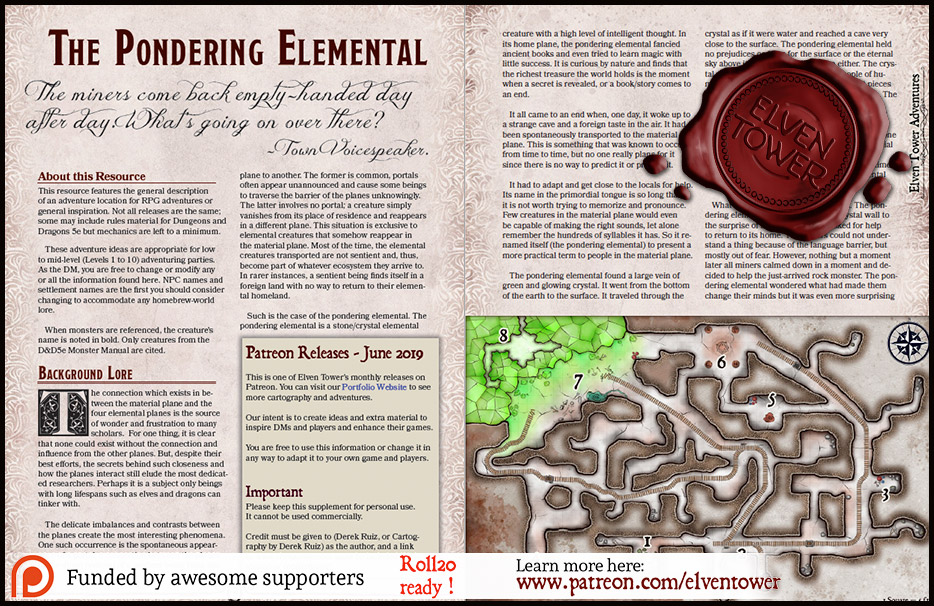 The connection which exists in between the material plane and the four elemental planes is the source of wonder and frustration to many scholars. For one thing, it is clear that none could exist without the connection and influence from the other planes. But, despite their best efforts, the secrets behind such closeness and how the planes interact still elude the most dedicated researchers. Perhaps it is a subject only beings with long lifespans such as elves and dragons can tinker with.

The delicate imbalances and contrasts between the planes create the most interesting phenomena. One such occurrence is the spontaneous appearance of a portal, a connection between the planes or the direct removal of a sentient being from one plane to another. The former is common, portals often appear unannounced and cause some beings to traverse the barrier of the planes unknowingly. The latter involves no portal; a creature simply vanishes from its place of residence and reappears in a different plane. This situation is exclusive to elemental creatures that somehow reappear in the material plane. Most of the time, the elemental creatures transported are not sentient and, thus, become part of whatever ecosystem they arrive to. In rarer instances, a sentient being finds itself in a foreign land with no way to return to their elemental homeland.

It all came to an end when, one day, it woke up to a strange cave and a foreign taste in the air. It had been spontaneously transported to the material plane. This is something that was known to occur from time to time, but no one really plans for it since there is no way to predict it or prevent it.

It had to adapt and get close to the locals for help. Its name in the primordial tongue is so long that it is not worth trying to memorize and pronounce. Few creatures in the material plane would even be capable of making the right sounds, let alone remember the hundreds of syllables it has. So it renamed itself (the pondering elemental) to present a more practical term to people in the material plane.

What happened next was unexpected. The pondering elemental emerged from the crystal wall to the surprise of a dozen miners. It asked for help to return to its home. The miners could not understand a thing because of the language barrier, but mostly out of fear. However, nothing but a moment later all miners calmed down in a moment and decided to help the just-arrived rock monster. The pondering elemental wondered what had made them change their minds but it was even more surprising when the humanoid miners appeared to understand its instruction.

The pondering elemental does not understand why this happens but this is caused by the green crystals in the cave. The crystals are attuned to the neural pathways and reacted to the elemental trying to convey an idea. This effect was not the elemental’s intention but it is also not clear to him that something special happened. The miners appear to understand primordial and have grown attached to it, even protective. The pondering elemental is not aggressive or evil in any way but it will protect itself with its formidable power. Its only intention is to find a way to open a portal back home. The humanoid miners do not appear to have any particular knowledge to achieve this goal but they are as helpful as they can.

The miners’ situation is the cause of local social unrest as a group of almost 20 workers go to work every day but have little to no productivity now. Even worse is the fact that they remain secretive about what is going on in the mine and refuse anyone else’s attempt to visit or audit their activities because the mine a dangerous location, they claim.

The mine is located under an ancient construction. The stone construction is so old that barely a piece of the roof remains but it appears to have been a temple of sorts. Or a place of worship at least, since there is a nave and what appears to be a tabernacle. The basement of the structure features a hallway that continues west and connects to the mine. Stone tiles pave the way to the beginning of the cave but do not continue any further. Keen observers notice abandoned tools and equipment near all digging sites.

A pair of human miners (thug) guard this area. They first try to send any visitors back claiming that the mine is not safe for non-mining personnel. Any attempts to trespass cause them to attack with pickaxes.

The rail system in the mine works but has yet to be extended to the basement of the surface temple. The two intersections in the rail system feature a single iron lever that switches the direction of the tracks. A few functioning mining carts still rest on the tracks unused.

The fungus that grows on the cave causes a state of mild euphoria when consumed. The miners often ate them for amusement. Unfortunately, the mushrooms psychoactive effects made them vulnerable to the neural link with the pondering elemental. If a person consumes a portion of this fungus, any saving throws made to avoid becoming charmed by the pondering elemental is made with disadvantage.

The pondering elemental practices magic with the rocks in this chamber. He is trying to create another one like itself with no success. The magic it uses is barely enough to animate the rocks in the chamber. The rocks move and can do things if ordered but have no sentience or thoughts on their own. The rocks attack any non-elemental creature that enters the room.

The poor miners understand little of their own situation. It is not that they are robbed of the will but they cannot rationalize their own actions. In recent days, one of them came with the idea that they have become a new religion which worships the pondering elemental. Such is the attachment they feel for it that the idea made sense to all of them. Now they cut themselves once a day and drop a small quantity of blood into the natural pool in this chamber as a way to thank the elemental for its continued presence among them. 1d6 miners (thugs) are in this chamber at any given time.

This is the place where the pondering elemental tries to find a way to return to its home. It has instructed the miners that if they come in contact with a mage or priest, that they should steal their spellbook, which he has described. It the pondering elemental could come across an advanced spellbook with teleportation or summoning magic, it could potentially work its way into a working spell to return to the elemental plane of earth.

Two sections of the mine railway end up here and it is obvious that this is the main digging site in the mine. There are plenty of idle tools and adamantine tipped machinery on the floor of this chamber. A party of adventurers mostly likely encounter the pondering elemental in this chamber along with 2d6 miners.

The pondering elemental will expect the gracious help of any visitors. Adventurers can only understand the elemental if they speak Primordial or if any of them failed the save and are charmed by it. The elemental is not evil but it will not negotiate with difficult visitors, it has much to do. Unfortunately, it cannot do much to release the mind-linked miners since it did not have control over that situation either.

Only the absence of the elemental from the material plane can release the miners. This can happen if the elemental dies in battle, or if the adventurers help it return to its plane somehow.

The pondering elemental can retreat to this lair inside the crystal vein and leave no way to follow it. It also comes here when it wants to think without the miners disturbing it. The adventurers can reach this chamber if they use the adamantine-tipped tools but they need to take care of the miners first.

Terrain. The rough packed-soil mine floor does not impede movement but some of the cave tunnels are too narrow for large-sized creatures.

Crystal Wall. The crystal vein in Area 7 is solid and very durable. Adamantine is the only material able to cut through the crystal walls. The pondering elemental can use its properties to cross this wall and leave no opening behind it.

Neural Link. The pondering elemental unknowingly channels the natural psychic properties of the green crystals to enslave humanoids. A person must make a successful DC 8 Intelligence saving throw upon entering Area 1 to avoid becoming charmed by the pondering elemental. A creature must roll again upon reaching Area 7, this save is made at DC 12. Anyone who makes a successful saving throw is immune to this effect for 24 hours.

Light. The green crystals produce a green-white light that illuminates Area 7 completely. The rest of the mines are in complete darkness.

Smells and Sounds. The air inside the mine carries a sterile smell to it. Walking around raises small quantities of fine dust. It is impossible to avoid breathing it. This fine dust does not pose an immediate health problem but it certainly reduces the lifespan of miners over the course of their lives.