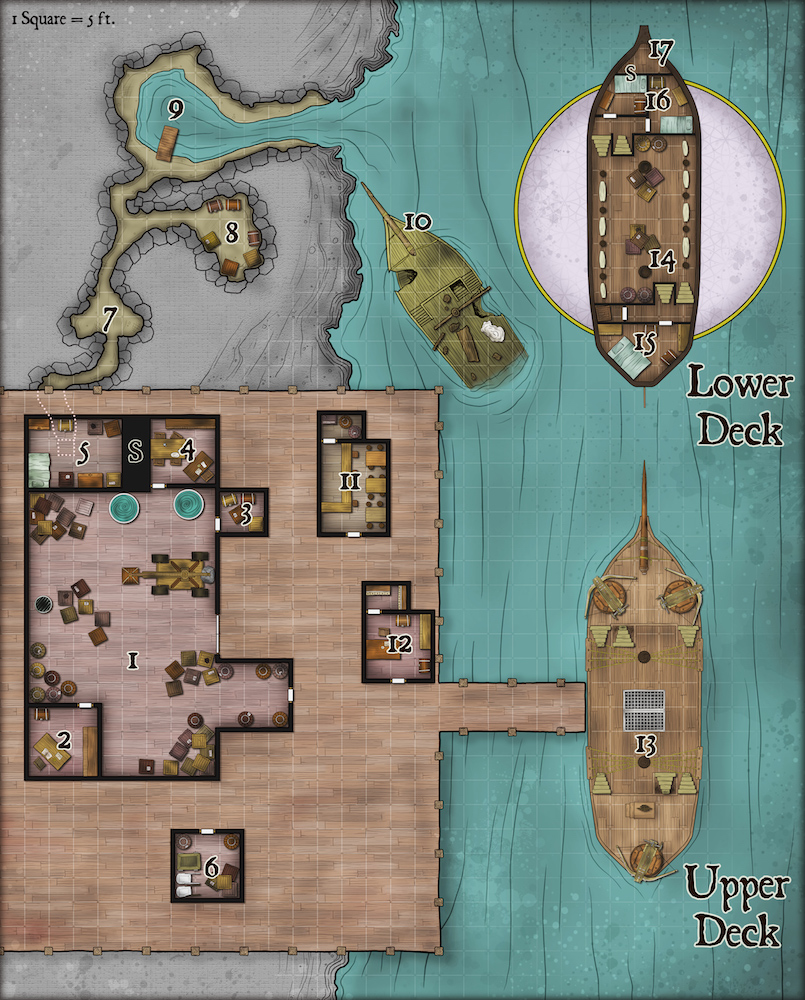 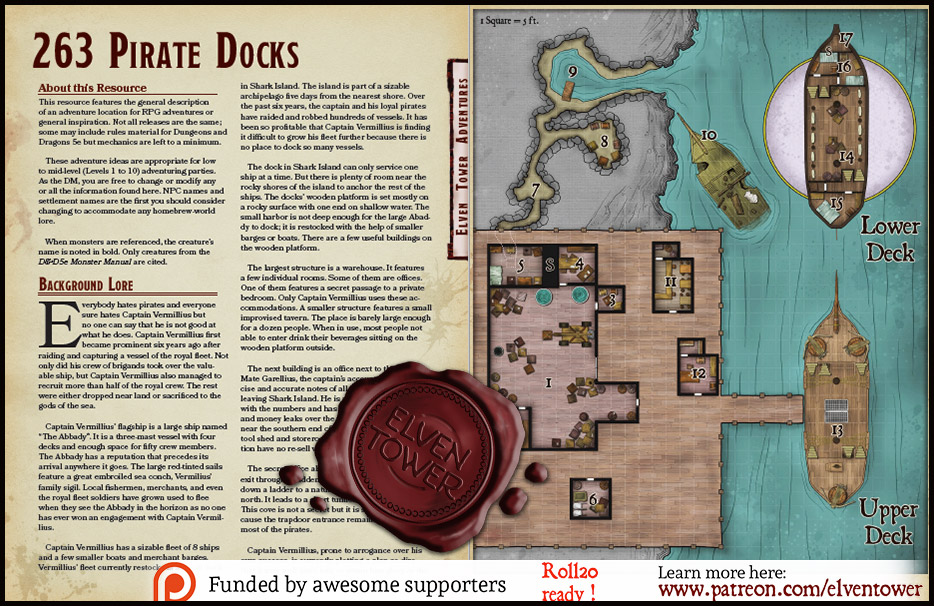 Everybody hates pirates and everyone sure hates Captain Vermillius but no one can say that he is not good at what he does. Captain Vermillius first became prominent six years ago after raiding and capturing a vessel of the royal fleet. Not only did his crew of brigands took over the valuable ship, but Captain Vermillius also managed to recruit more than half of the royal crew. The rest were either dropped near land or sacrificed to the gods of the sea.

Captain Vermillius’ flagship is a large ship named “The Abbady”. It is a three-mast vessel with four decks and enough space for fifty crew members. The Abbady has a reputation that precedes its arrival anywhere it goes. The large red-tinted sails feature a great embroiled sea conch, Vermilius’ family sigil. Local fishermen, merchants, and even the royal fleet soldiers have grown used to flee when they see the Abbady in the horizon as no one has ever won an engagement with Captain Vermillius.

Captain Vermillius has a sizable fleet of 8 ships and a few smaller boats and merchant barges. Vermillius’ fleet currently restocks in a small dock in Shark Island. The island is part of a sizable archipelago five days from the nearest shore. Over the past six years, the captain and his loyal pirates have raided and robbed hundreds of vessels. It has been so profitable that Captain Vermillius is finding it difficult to grow his fleet further because there is no place to dock so many vessels.

The dock in Shark Island can only service one ship at a time. But there is plenty of room near the rocky shores of the island to anchor the rest of the ships. The docks’ wooden platform is set mostly on a rocky surface with one end on shallow water. The small harbor is not deep enough for the large Abaddy to dock; it is restocked with the help of smaller barges or boats. There are a few useful buildings on the wooden platform.

The largest structure is a warehouse. It features a few individual rooms. Some of them are offices. One of them features a secret passage to a private bedroom. Only Captain Vermillius uses these accommodations. A smaller structure features a small improvised tavern. The place is barely large enough for a dozen people. When in use, most people not able to enter drink their beverages sitting on the wooden platform outside.

The next building is an office next to the pier. Mate Garellius, the captain’s accountant, takes precise and accurate notes of all goods entering and/or leaving Shark Island. He is an accomplished man with the numbers and has discovered a few moles and money leaks over the years. The last building, near the southern end of the wooden platform, is a tool shed and storeroom. Most objects in this location have no re-sell value.

The secret office also features another secret exit through a hidden trapdoor. This entrance goes down a ladder to a natural tunnel that continues north. It leads to a short tunnel and a hidden cove. This cove is not a secret but it is seldom used because the trapdoor entrance remains a secret from most of the pirates.

Captain Vermillius understands the risks. He is not suicidal, only motivated extraordinarily. If the captain sees the chance to recruit or conscript the help of valuable allies he will not hesitate to do so. This is where a party of sellsword adventurers might come in handy. The PCs may come across this adventure path in various ways.