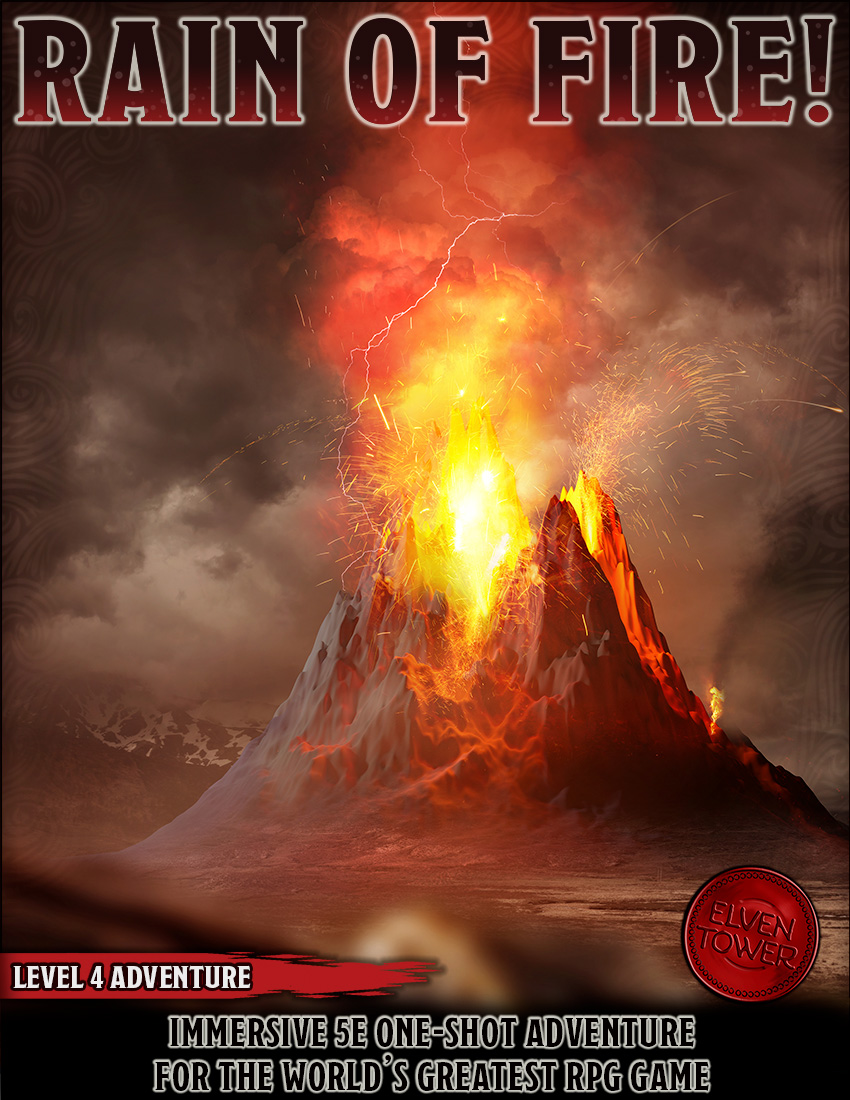 In Rain of Fire, a group of level-4 adventurers is summoned to a fishing/mining town called Rockfolk Valley. The people who live there have strong, thick skins like rock. The rockfolk are all part of the same religion that worships a strange draconic creature that is not known anywhere else in the world. The source of their local belief system is a mystery to outsiders. The matter at hand is that a group of fifteen rockfolk left for the Ruby Mountain in what they call the Ultimate Pilgrimage. No one is expected to return. Their sacrifice will appease the semi-active volcano.

The meaning or purpose of this quaint tradition that happens every few years is unknown to scholars. However, even the locals have started to doubt the zealotry and sacrifice of the individuals that sacrifice their lives. There is an effort now to investigate what actually happens to the valiant rockfolk that give their lives to stop the volcano from exploding and destroying the towns below.