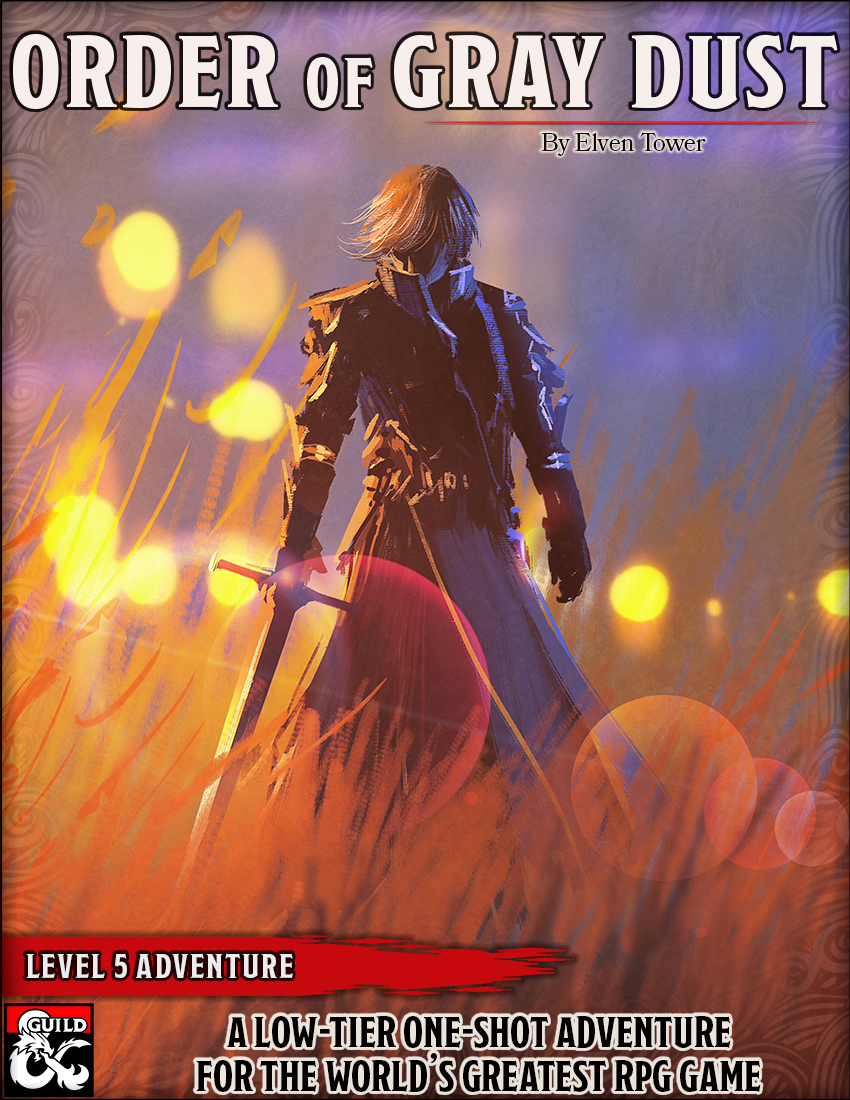 In Order of Gray Dust, a military man who encountered a crushing defeat in the Great War grieves the loss of his home and all of his friends. Corrupted by sorrow and regrets, he wandered the land looking for a new purpose. He stumbled upon a shunned pyramid in the jungle where a strange voice spoke to him. It led him to the bottom of the pyramid where a strange copper medallion offered him the power of the Vase of Ash. The strange artifact has the power to sway weak minds and to create undead minions by spreading the fine ash within on corpses.

The characters learn of a hefty bounty offered by the closest settlement that wishes not to be attacked by the hordes of undead abominations. Constable Perkins is on-site, close to the jungle. He has sent some of his men to scout the area but none of them returned. He tells the adventurers that the fate of the city, if not the region, depends on the success of this mission. A seasoned guide, Hellen, offers to guide the characters through the perilous jungle and into the cursed pyramid.