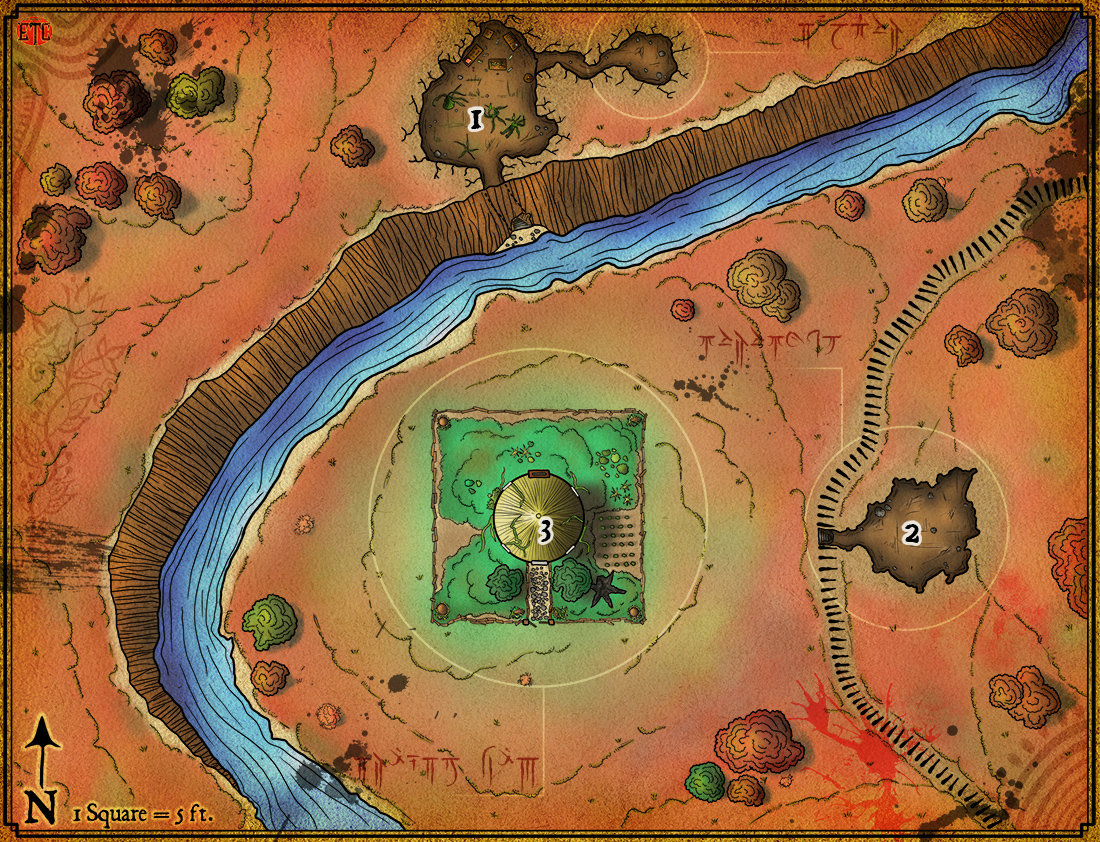 It is very well noted by travelers and locals that there is an evergreen area north of town. Regardless of the current season, be it autumn or winter. A patch of land on top of a hill is always fresh and green. There is a wooden hut on that hill, encircled by a short wooden fence. Behind the fence, the power of the seasons holds no ground. Plants and vegetables grow all year long.

There are six out of the ordinary big sunflowers circling the fence. They possess no features and usually look towards the sun as is expected. When visitors arrive, though, they always turn around to look at them. On the south facing part of the fence there is a short double-door gate. It’s never locked. A winding stone path leads to the hut. Flanking this path are two cypress trees. There are rumors of these trees moving on their own, as if talking and even walking. None of this hearsay has been confirmed.

The is the home of Farendil. An elf trained in the druidic arts. He cares for the forest, its plants and its animals. He was expelled from his druidic circle a few years ago. The reason for this in unknown to most. He was shunned from his community for his affinity with necromantic magic. He believed it could be combined with regular druidic arts to better aid nature. No one else shared his views, and he was stubborn enough not to change them. In the end he had to go.

He is of reclusive nature. Some folks from nearby town know him personally but even the better informed know only his name and that around his hut the grass is always green.

Farendil is not evil, his use of necromancy is aimed towards healing and reviving animals and plants. However, it is a very delicate craft and not always have his experiments worked the way he wanted them to. He has created some beings that are not entirely animals and not entirely plants, but a mix of the two. These creatures are often unpredictable, some of them are very dour and calm. Others are aggressive and when set loose, prey on other animals like cattle.

Farendil does all of his necromancy tests in a hollow cave north of his hut. Not because it is a good hiding place but because he can better control any failures. It’s a kind of magical laboratory where he’s safe from prying eyes when crafting a new hybrid.

Farendil also has a weakness for dangerous misunderstood creatures. In the last month he took in a young werewolf. He goes by the name of Johann. He’s a young man who got infected a few years ago and lives outside of cities out of fear. While he is not specially dangerous, he would protect Farendil should he come to harm. During the full moon, he is most unpredictable and even Farendil will not stand in his way in his night hunts.

At any given moment, and depending on the party’s level, Farendil is not alone. The two trees in his garden can be awakened trees, or treants. Johann is a werewolf and his created creatures can use the stats of blight creatures.