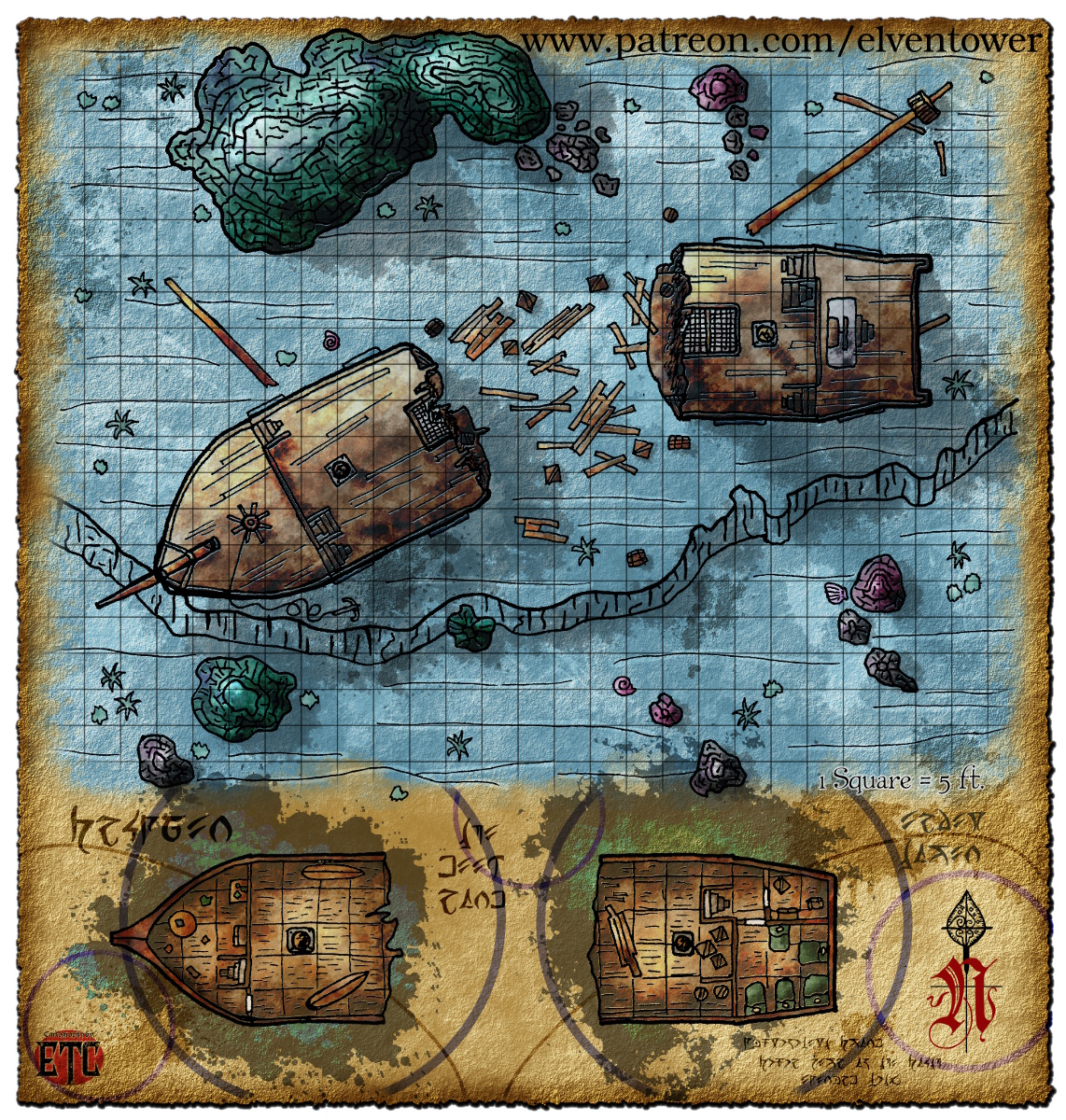 Three weeks ago a small cog ship transporting valuable metal goods sailed from an important port town up north. It was supposed to arrive to this city almost 15 days ago. As the admiral, the nobles and regular townsfolk are looking up to me to offer an explanation or a solution. Sir Lanter Godbrey is particularly upset with this situation. We had a conversation yesterday right here and his voice could be heard all the way down to the docks.

I can understand him at least, once a year his family transports extremely valuable cargo, mostly gold, silk and spice. If this ship is really lost, Godbrey’s state will face a severe deficit. The adjoined families will all blame Sir Lanter, and he will blame me. Bad standing with such a powerful last name will sink my reputation, that’s why I’m doing what I must to stay afloat in this madness.

Fortunately I have good news, some fishermen saw some debris and wooden splinters floating a miles south of here. Everybody has heard about the pirates, maybe even you, even though you’re inlanders. However, I don’t believe this is the work of pirates. They don’t sink ships, they steal them if possible. There was a light storm a week ago, maybe the ship got to close to the rocky shores 15 miles north of here, of any other unexpected accident.

If that boat sunk, you are going to find it, that is, if you accept my payment. I’ll pay you well. What? Why am I not sending my men? Ha ha ha, my men are sailors, slightly above pirates, if I send those folks over to recover the sunken treasures I won’t even see 50% of it, of that I’m sure.

One thing I must tell you, the ocean bottom in the area where I believe the ship is, is really deep. You won’t get down there without help. Magic perhaps? Some of you know how to make the weave work for you ain’t that right? If it’s impossible, maybe I can get a help of an apprentice mage to go with you and help you breathe under the sea.

The illustration shows a sunken ship torn in half. It probably split while sinking. The map also shows the insides of the ship. Due to the ship’s appearance, it sunk relatively recently, since no sea life or coral have claimed it as a home. The treasures inside, be it its cargo, are still in recoverable condition, specially for metals, jewels and what not.

If the party has no access to water breathing spells, whoever hires them to do this job can supply a mage apprentice who can do it, or maybe lend the group a water breathing wand or something similar. The sunken ship is an excellent opportunity to have underwater encounters. Creatures like kuo-toa, sahuagin, sharks, whales, eels, merfolk and similar creatures are great options for underwater fights.