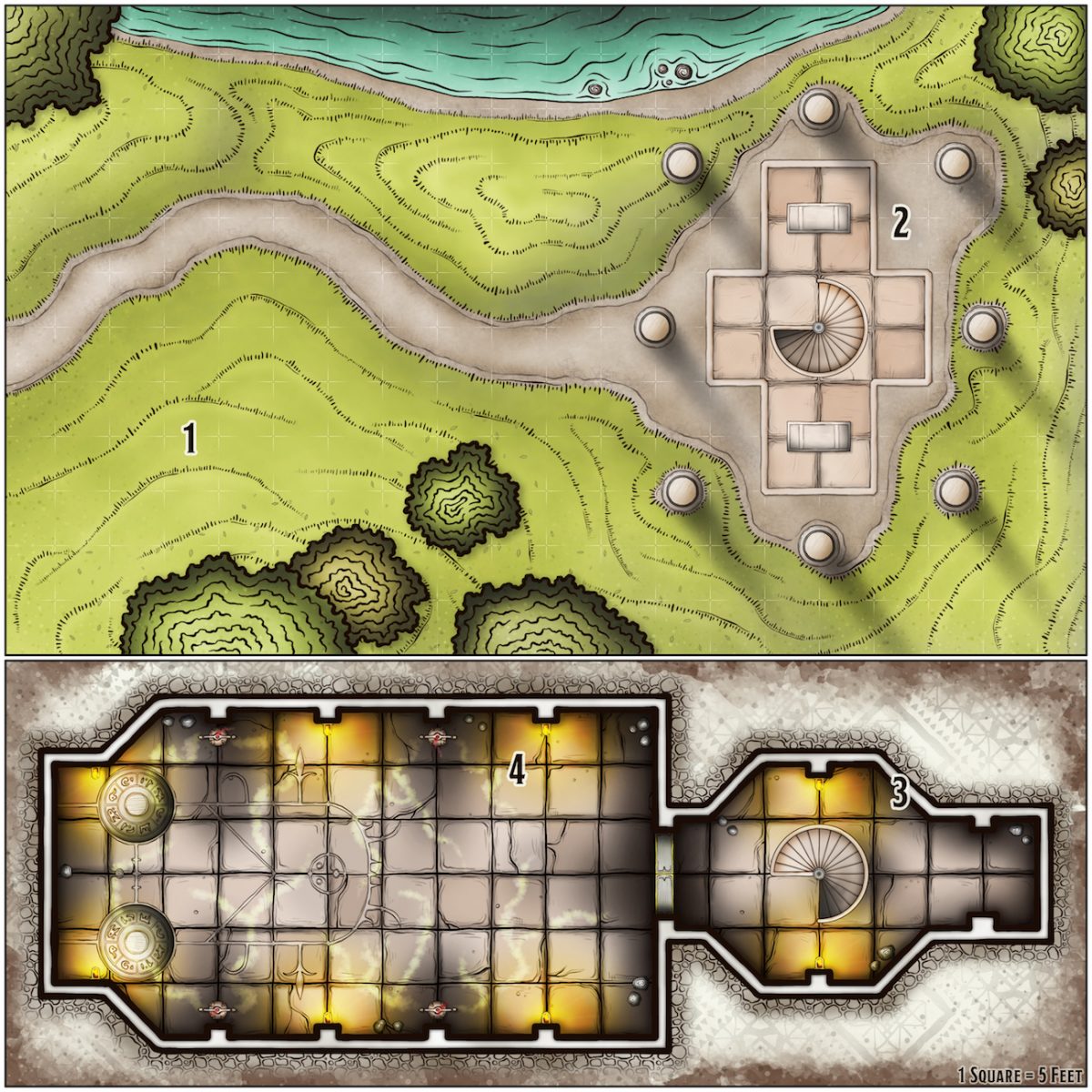 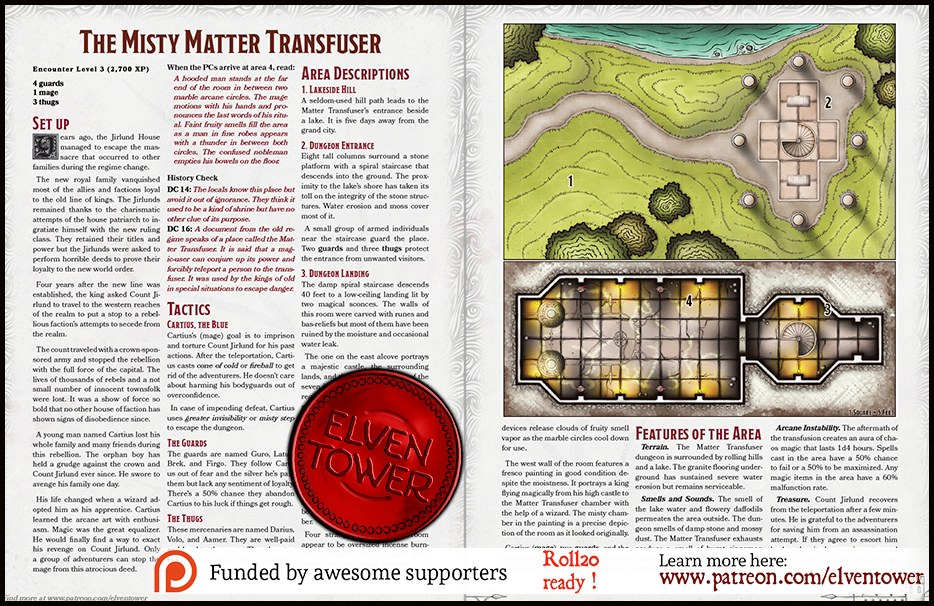 Years ago, the Jirlund House managed to escape the massacre that occurred to other families during the regime change.

The new royal family vanquished most of the allies and factions loyal to the old line of kings. The Jirlunds remained thanks to the charismatic attempts of the house patriarch to ingratiate himself with the new ruling class. They retained their titles and power but the Jirlunds were asked to perform horrible deeds to prove their loyalty to the new world order.

Four years after the new line was established, the king asked Count Jirlund to travel to the western reaches of the realm to put a stop to a rebellious faction’s attempts to secede from the realm.

The count traveled with a crown-sponsored army and stopped the rebellion with the full force of the capital. The lives of thousands of rebels and a not small number of innocent townsfolk were lost. It was a show of force so bold that no other house of faction has shown signs of disobedience since.

A young man named Cartius lost his whole family and many friends during this rebellion. The orphan boy has held a grudge against the crown and Count Jirlund ever since. He swore to avenge his family one day.

His life changed when a wizard adopted him as his apprentice. Cartius learned the arcane art with enthusiasm. Magic was the great equalizer. He would finally find a way to exact his revenge on Count Jirlund. Only a group of adventurers can stop the mage from this atrocious deed.

When the PCs arrive at area 4, read:

A hooded man stands at the far end of the room in between two marble arcane circles. The mage motions with his hands and pronounces the last words of his ritual. Faint fruity smells fill the area as a man in fine robes appears with a thunder in between both circles. The confused nobleman empties his bowels on the floor.

DC 14: The locals know this place but avoid it out of ignorance. They think it used to be a kind of shrine but have no other clue of its purpose.

DC 16: A document from the old regime speaks of a place called the Matter Transfuser. It is said that a magic-user can conjure up its power and forcibly teleport a person to the transfuser. It was used by the kings of old in special situations to escape danger.

Cartius’s (mage) goal is to imprison and torture Count Jirlund for his past actions. After the teleportation, Cartius casts cone of cold or fireball to get rid of the adventurers. He doesn’t care about harming his bodyguards out of overconfidence.

In case of impending defeat, Cartius uses greater invisibility or misty step to escape the dungeon.

The guards are named Guro, Latus, Brek, and Firgo. They follow Cartius out of fear and the silver he’s paid them but lack any sentiment of loyalty. There’s a 50% chance they abandon Cartius to his luck if things get rough.

These mercenaries are named Darius, Volo, and Aamer. They are well-paid and loyal to the mage. They threaten to kill anyone who wants to access the Matter Transfuser dungeon

A seldom-used hill path leads to the Matter Transfuser’s entrance beside a lake. It is five days away from the grand city.

Eight tall columns surround a stone platform with a spiral staircase that descends into the ground. The proximity to the lake’s shore has taken its toll on the integrity of the stone structures. Water erosion and moss cover most of it.

A small group of armed individuals near the staircase guard the place. Two guards and three thugs protect the entrance from unwanted visitors.

The damp spiral staircase descends 40 feet to a low-ceiling landing lit by two magical sconces. The walls of this room were carved with runes and bas-reliefs but most of them have been ruined by the moisture and occasional water leak.

The one on the east alcove portrays a majestic castle, the surrounding lands, and the sigils and colors of the seven important houses from the last regime. Only one of those families remains alive today, the Jirlund House.

The main chamber is roughly 55 by 30 feet and it is lit by six magical sconces on the walls. There are two marble arcane circles at the west end of the room. They feature ancient draconic runes on them that have withstood the passage of time. Intricate patterns of silver inlays on the floor spread from both circles to the center of the chamber.

Four strange devices in the room appear to be oversized incense burners or braziers of some kind. After the teleportation ritual, these exhaust devices release clouds of fruity smell vapor as the marble circles cool down for use.

The west wall of the room features a fresco painting in good condition despite the moistness. It portrays a king flying magically from his high castle to the Matter Transfuser chamber with the help of a wizard. The misty chamber in the painting is a precise depiction of the room as it looked originally.

Cartius (mage), two guards, and the recently teleported Count Jirlund are in the room, next to the marble circles.

Terrain. The Matter Transfuser dungeon is surrounded by rolling hills and a lake. The granite flooring underground has sustained severe water erosion but remains serviceable.

Smells and Sounds. The smell of the lake water and flowery daffodils permeates the area outside. The dungeon smells of damp stone and mossy dust. The Matter Transfuser exhausts produce a smell of burnt cinnamon and orange peel as it begins to power up for the teleportation ritual.

Arcane Instability. The aftermath of the transfusion creates an aura of chaos magic that lasts 1d4 hours. Spells cast in the area have a 50% chance to fail or a 50% to be maximized. Any magic items in the area have a 60% malfunction rate.

Treasure. Count Jirlund recovers from the teleportation after a few minutes. He is grateful to the adventurers for saving him from an assassination attempt. If they agree to escort him back to the city, he promises a reward of 150 gp each. He doesn’t have anything of value on him. 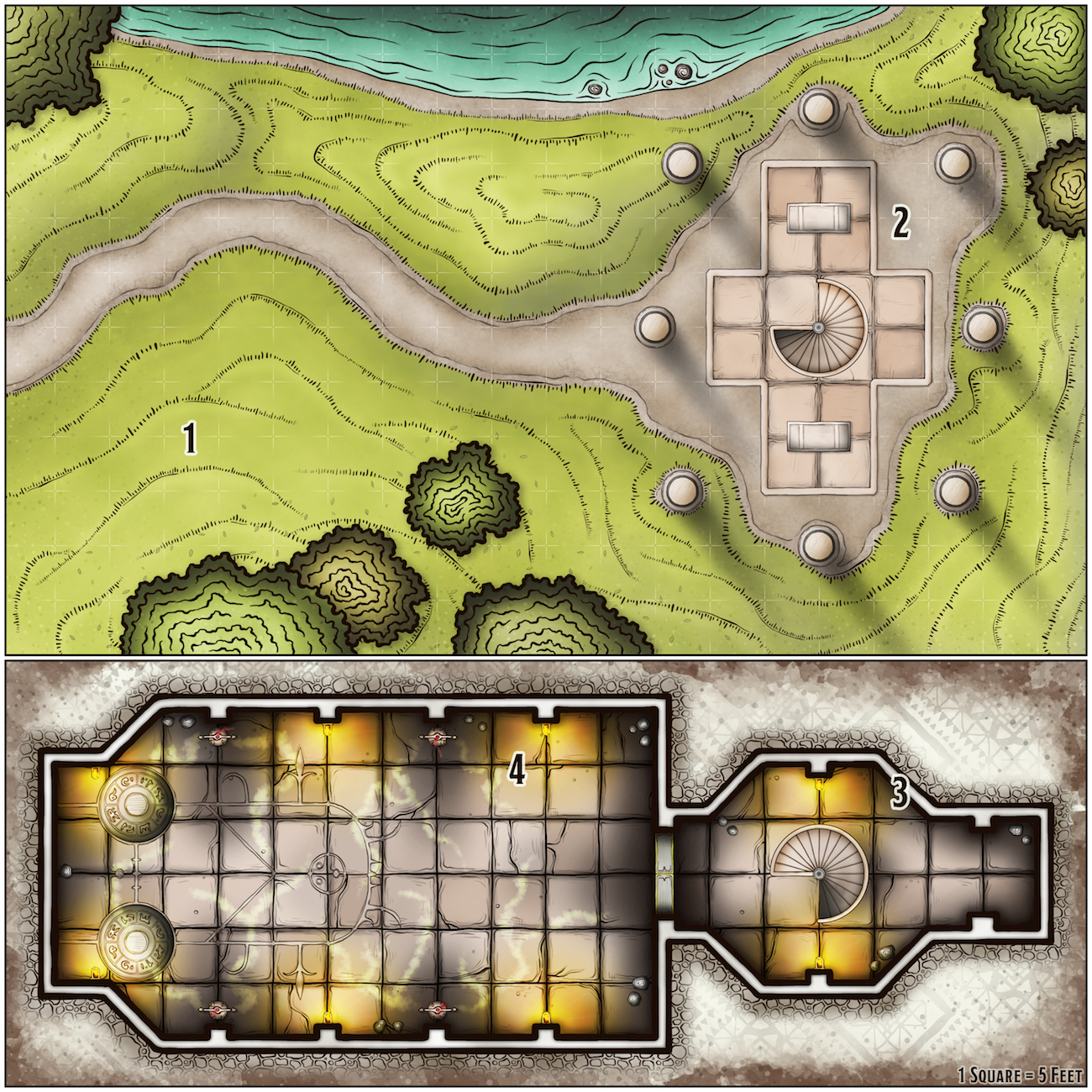