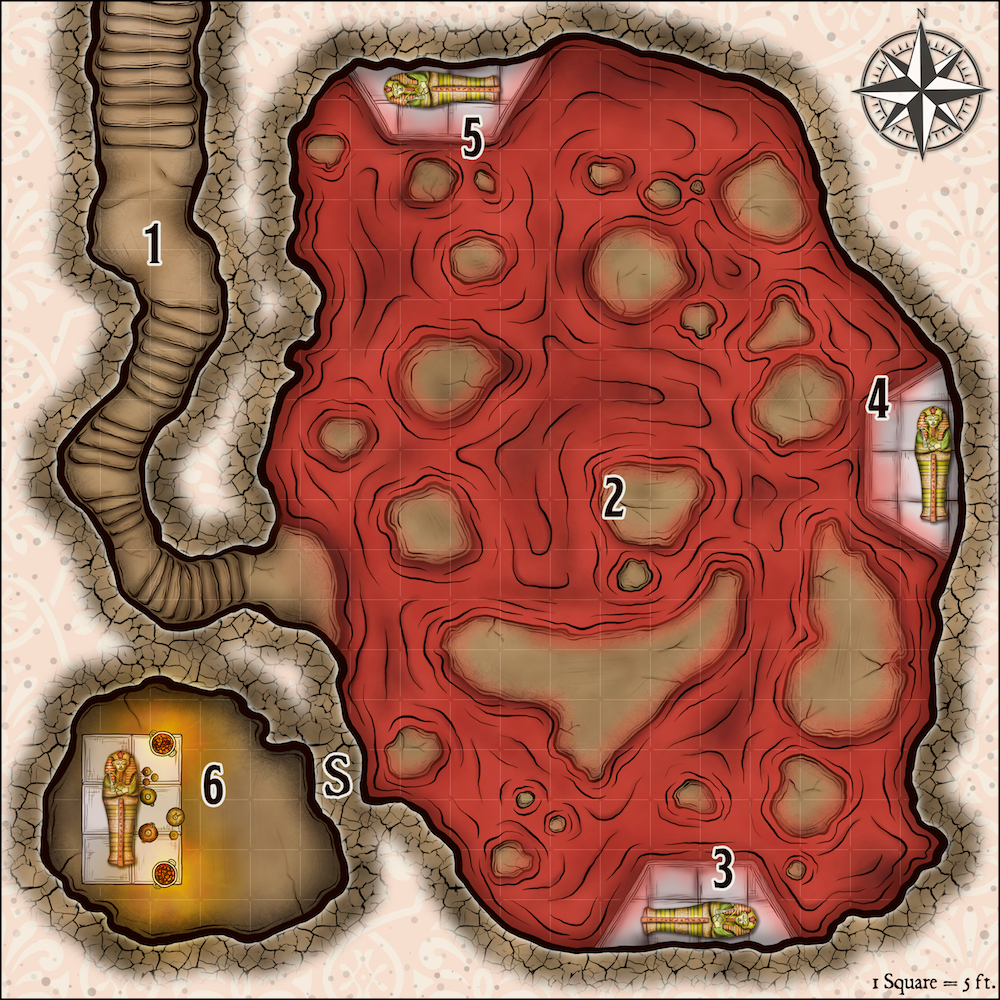 Unlike most legends and myths about old heroes and forgotten treasure piles, there is one tale that remains in the minds of most people as it became a staple for nighttime children’s stories. The tale of the three brothers found its way to the oral tradition of most cultures and became a disciplinary tool for unruly children. Perhaps the message, or better, the moral of the story resonated with people in a way that kept the story alive.

Researchers from different cultures find this short tale fascinating for one particular reason: the tale of the three brothers remains largely unchanged despite the passage of time. Its earliest record goes back two thousand years, at least. But the content of the message appears to be the same, with a few changes to adjust to today’s mannerisms and culture. But it is also the same in foreign cultures. According to said researchers, this behavior is common when a legend is rooted in reality, even if it is just a sliver of truth in the distant past. However, other scholars disagree with this conclusion and there seems to be no end to the squabbles of intellectuals over what the populace calls “useless bits from the past”. As it stands in most forms, the tale of the three brothers goes like this:

“Once upon a time, there was a dying king. In his deathbed of roses, he asked for one last thing. The last royal command was that his three male children would inherit his kingdom, instead of only the eldest. This came as a shock to the nobles but his desires were upheld. Papers were signed and people got angry, but the three brothers were crowned as “sibling kings”. The eldest assumed all power immediately because his two younger siblings were underage at the time. They were only children, after all. And despite the royal title, the eldest was acting king for a few years.

Later, when the younger siblings became adults, rivalry arose and things became complicated. The two older siblings could not cope with sharing the position of king. Additionally, the nobles did not know whom to support. The houses parted as some sided with one or the other and the kingdom bled from their division. During this conflict, the youngest of them left the kingdom with the intent to discover foreign lands and learn of other cultures. He rejected his position and left his siblings to fight over the throne. After all, being the third son, he had never expected to become king.

Time passed and the two kings continued to plot against each other. Each time with increasing strength and rhetoric. The peasantry suffered in unrest as the nobles cut each other’s throats over their allegiances to one king or the other. One day, the middle sibling found himself drowned with anger and frustration and asked his brother to solve this situation, once and for all, in a sword duel. According to law, only a king or equivalent can ask another king to duel. Well, they both had the same title and a formal duel was arranged the next morning. The eldest king died that day by his sibling’s sword and only the middle one remained. However, it did not take long for the kingslayer to understand the terrible weight he had brought upon himself. Guilt became an unbearable burden that accompanied him everywhere. There was only one way to truly escape the guilt of his actions. He flirted with the idea for a few moons and then took his own life. The servants found the king hanging from the bedpost in the evening.

Then the young brother returned to the kingdom after some years abroad. The untimely demise of his siblings saddened him. But, on the other hand, he did not feel surprised. It was expected from such spoiled children as the three of them were. The youngest assumed power and the kingdom improved over the course of his reign.”

The tale of the three brothers carries a message or brotherly camaraderie, admission of guilt, respect among siblings, and the importance to let envy and ambition go.

The tale is rooted in reality. The kingdom the three brothers ruled disappeared eons ago and there is not even a single recorded instance of its name. Or the name of the three kings. After their deaths, the three kings were buried together in an ancient tomb. The passage of time has almost destroyed their resting place. Particularly because the semi-active volcanic activity has ravaged the place. The tomb is located in the depths of the Vaseris Mountain Range, near the Vaser Volcano. This volcano has been active on and off for the past thousand years. At least the records go back that far. It is said that part of the three king’s treasure vault was carried to their tombs after the youngest brother died of old age. Among treasure hunters, the tale of the three brothers remains the source of one of those fabulous gold piles that tomb robbers dream of finding.

A long winding tunnel leads down into the crust of the earth itself. The tunnel features a set of crudely carved stone steps that lead the way down to the lava pool. This tunnel is one mile long, though it only descends half that distance. As minutes pass, the temperature rises to an almost unbearable level.

The floor of this chamber broke off and melted a long time ago. The floor appears to have been identical to the one near the sarcophagi and it should have covered the entirety of the chamber. There appears to be the illegible remains of writings and frescoes on the walls but they have long been erased

3. Tomb of the Youngest Brother

A large and heavy stone sarcophagus sits on the south platform of the chamber. The box is identical to the others except for the facial features. The painting and scripts on the sarcophagus must have been coated with a resistant substance as they have withstood the passage of time reasonably well. Despite it appearing genuine, this sarcophagus is a decoy with nothing inside. The real tomb is in the secret room (Area 6).

4. Tomb of the Middle Brother

A large and heavy stone sarcophagus sits on the east platform of the chamber. The box is identical to the others except for the facial features. Under closer inspection, large cracks on the back of the sarcophagus reveal that it is slowly crumbling. The marks on the cracks make it appear as if something had come out of it.  A successful DC 14 Strength (Athletics) check allows a character to push the lid to the side to access the interior of the box. The weathered bodily remains of a long-dead king are inside.

5. Tomb of the Eldest Brother

A large and heavy stone sarcophagus sits on the east platform of the chamber. The box is identical to the others except for the facial features. The sarcophagus has similar cracks to the one in Area 4. A successful DC 14 Strength (Athletics) check allows a character to push the lid to the side to access the interior of the box. The weathered bodily remains of a long-dead king are inside.

After inspecting either sarcophagus (Areas 4, and 5) the dim shadows in the chamber move erratically as a small group of vaguely discernible humanoid creatures emerge from the walls and lava below. The creatures appear to be made of either mist or volcanic smoke. The two failed kings (2 ghosts) arise with an army of undead (2d6 shadows)servitors to defend their resting places. Even in death, the two brothers remain vengeful cruel people who attack any visitor on sight.

The final resting place of the youngest sibling is in a secret chamber behind a fake wall. A passive Perception score of 16 or higher or a successful DC 16 Wisdom (Perception) check when walking close to the secret door reveals the fake nature of a portion of the wall. The panel of fake rock can be moved easily once identified. a sarcophagus like the ones outside is in the center of the room. It is significantly better conserved due to its relative isolation. Two braziers shine bright inside. A magical spell keeps them burning eternally. The bodily remains of the youngest sibling are inside the box. Around the sarcophagus, there are several vases and containers full of diamonds, rubies, emeralds, and a few other precious stones of less value. The collective value of such collection of stones, if sold to the correct merchant, ascends to 3000 gp.

These are the general features of the forgotten tomb of the three brothers. It is located in the depths of the Vaseris Mountain Range, in what appears to be a dormant volcano.

Terrain. The area within the tomb consists of stone platforms and fluid hot lava. The platforms are solid enough to stand. Any square not covered with stone in its entirety is considered difficult terrain for the purposes of tactical movement.

Lava. The hot gases and temperature from the chamber deal 4 (1d6) fire damage for every ten minutes within. While the lava is in a fluid state, it is viscous enough that falling on it does not cause a medium-sized creature to sink immediately. Touching the lava deals 10 (3d6) fire damage. A creature that remains in the lava sinks gradually over the course of three turns, taking 13 (4d6) extra damage each round.

Smells and Sounds. The flow of lava produces a low humming sound in the background. The intense smell of sulfur and molten rock causes a strong bodily reaction in most vertebrates. Any creature in the area must succeed on a DC 14 Constitution saving throw to avoid becoming poisoned for 1 hour. A creature who succeeds on this save is immune to the effect for 24 hours.